Truth be told, lists stress me out, I get sweaty palms trying to put one thing ahead/behind another whether it be movies or brands of coffee. Plus it takes me for bloody ever cause I second guess myself like the fate of all the world’s cutest baby kittens is resting on my shoulders. So I’m not gonna be doing any lists, but that doesn’t mean I can’t tell you what I thought were some of the great and not-so-great horrors of the year. And since you’re reading this, I’m guessing you’d like to know.

If you’ve been following my page (like good little horror fans) you may have guessed that in my not always humble opinion, the best and worst of the year are The Babadook and Leprechaun: Origins respectively. The Babadook (which I raved about here: http://wp.me/p5b985-6X) is a brilliantly executed cinematic masterpiece IMHO, which will no doubt be inspiring spin-offs, spoofs, re-imaginings and just plain rip-offs in the coming year.

Meanwhile Leprechaun: Origins, which was annoyingly devoid of any Leprechauns (seriously, that fucking goblin/lizard thing was not a damn Leprechaun), is a film of such concentrated shitiness that I am certain its producers over at WWE Studios could, were they so inclined, find a way to market it as fertilizer. And that’s me being nice about it.

Now, I can’t say this was the best year for horror, or the worst really, but there were some clear standouts on both ends of the spectrum which I believe deserve some recognition. So here, in no order whatsoever, are five awesome movies that I enjoyed the fuck out of…and five craptastic flicks I probably should have avoided (which I probably won’t say as much about). 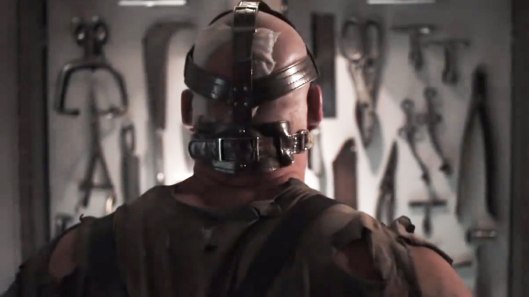 Okay, I know this one is not exactly a brilliant piece of cinema, BUT with the Soska sisters at the helm this blood soaked horror romp can easily be called one of the most entertaining horror films of the year. Starring Glenn Jacobs and Danielle Harris, this tale of hella-big psycho run amok in a county morgue was surprisingly beyond fun to watch and beautifully shot by the twisted twins. That, along with a great supporting cast, sharp dialogue and fierce attention to detail, helped this superior sequel earn a spot in my personal top 5. (See here for full review: http://wp.me/p5b985-2s)

I got a thing about mirrors. When I was a kid I was pretty sure my reflection went off and did something totally different than I was doing, and as such, I was equally certain that whatever was going over there in “mirrorland” was fucking bad (oh please, as if movies like this one or Mirrors would exist if I was alone in my childhood fears.)

Oculus, flawed though it may be, seems to have been born in my nightmares and, what can I say, it fascinated me. More than that, at times, it genuinely frightened me…and that’s just fucking awesome.

Starring Katee Sackhoff and Karen Gillan, Oculus is all about an evil mirror and it’s ability to drive all of it’s owners to madness and destruction…but really it’s about what we fear and how those fears can be turned against us, and director Mike Flanagan (Absentia) very aptly creates an atmosphere soaked in terror.

This one is definitely a keeper. I don’t know about you guys, but I so rarely get to feel afraid, so any movie that can scare me, perfect or not, deserves a spot on this non-list. 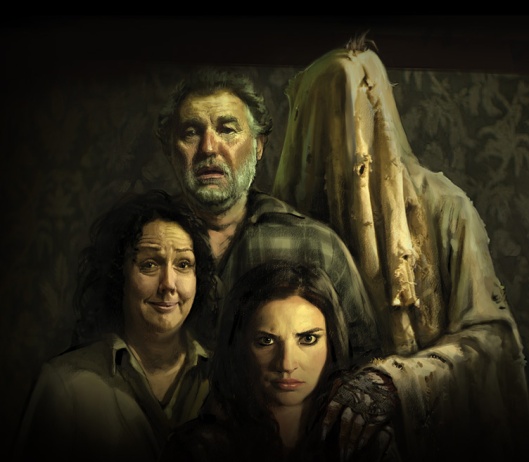 New Zealand’s Housebound is probably one of the most perfect movies you will see from the 2014 roster, and as such you should see it, like now.

Simultaneously hilarious and spooky, Housebound is a fun flick about Kylie (Morgana O’Reilly) a young woman placed on house arrest who must now move back in with her busybody mother, a woman who believes the old homestead is haunted (let me tell you, if this was about me and my mom, that right there would be enough for an epic horror).

Desperate, bored, and confined to the premises, Kylie begins to see shadows and hear bumps in the nights that may very well mean her kooky mom is right…or perhaps Kylie has something more sinister than just your run of the mill ghost to fear. Sheer awesomeness ensues.

Don’t let anyone spoil this one for you kiddies, like Re-Animator, Evil Dead 2 and The Return of the Living Dead, this horror comedy is the real deal and surely destined for greatness. Like I said, go and see it, cause it’s one of this year’s best. 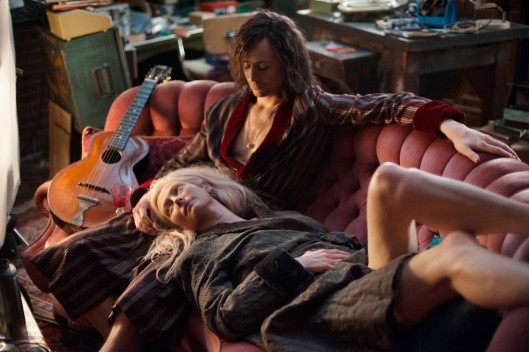 I’ve always had a bit of a lady boner for Jim Jarmusch’s movies, must be all those film classes I took in college. But Jim Jarmusch making a vampire movie, let’s just say I was skeptical; I should have known better.

Only Lovers Lefty Alive is an awesome little flick, not quite horror, not quite any one genre really, but an excellent, quirky take on the vampire myth. Starring Tom Hiddleston (when the frak did he get so hot?) and Tilda Swinton (cool and sexy for the first time since…um, well, that last time…or ever…ahem) as the titular vampire lovers, this is a very simple movie, where nothing actually “happens” and yet, it’s kinda impossible to look away.

This may not be a movie for all horror fans, but anyone with a little imagination and love for indie cinema will find a lot to love in Only Lovers Left Alive…if only Tom Hiddleston’s suspicious hotness.

Let me begin by saying, that I will most likely never watch this movie again. That being said, Starry Eyes was an utterly strange, mesmerizing, painfully uncomfortable to watch but absolutely genius from start to finish, type of movie…and yeah, I know how contradictory that all sounds.

I have no other way to describe this horror about a young woman’s desperate search for fame and fortune in modern day Hollywood, other than to say that it is horrifying. Absolutely horrifying, yet completely absorbing thanks in no small part to lead Alex Essoe who portrays the complex role of starry eyed Sarah with both a quiet desperation and cutthroat determination. But once the story begins to progress, Essoe’s performance is nothing less than pure horror revelation.

Starry Eyes is an absolute must see, and truthfully it came in a very close second to The Babadook as my choice for the year’s best movie. Do yourselves a favor and go see it, but pay attention, cause trust me, you won’t wanna watch it twice.

Honorable Mention: The Taking of Deborah Logan, As Above So Below, Las Brujas de Zugarramurdi (Witching and Bitching) & Dead Snow 2 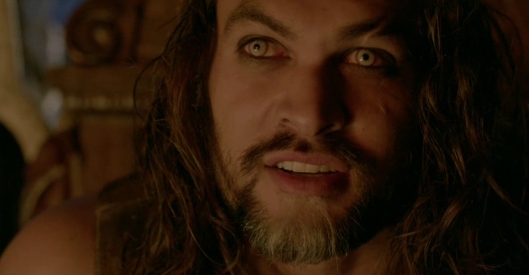 Not even Jason Momoa, being a slice of magically delicious sex on toast, could provide even one saving grace to this wretched werewolf venture. Tragically this movie is truly a child of post Twilight quasi-teen horror (damn you Twilight), as it’s filled with pale, emotionless young actors, bland performances, shitty dialogue and worst of all itdoesn’t even have the balls to have the main villain remain a villain to the end…basically it sucks…balls. Besides that, it’s dull, slow, ill-conceived and with worse dialogue than a douche commercial.

In my opinion, Wolves needs to be stabbed repeatedly in the face until it disappears forever…and did I mention the werewolves look like big fluffy cats?

Watch it at your own peril. 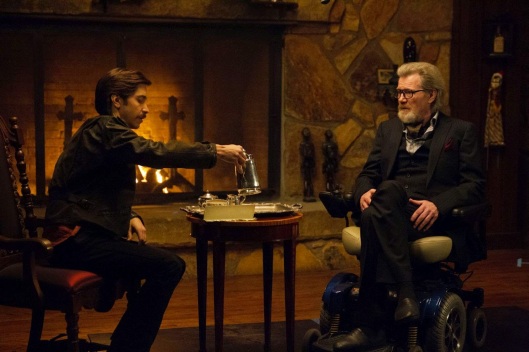 After the monumental critical and box office success of The Conjuring, it seemed natural that a spin off about the creepy doll at the beginning would be made. What isn’t natural, from the makers of a movie as good as The Conjuring, is that they would take the easy way, and drain all the scares and originality that made the previous film so successful. Annabelle is no longer a doll which is inhabited by a demon that was given permission to enter by two well intending nurses, rather, her origins have been altered for the film and she is now possessed by some crazy, Satan worshiping chick in her nightgown…oh fuck no!

This movie makes one unforgivable mistake, it underestimates its audience by expecting no one will notice the cheat…well I noticed, and I know I’m not alone.

Either way, cheat or not, this movie is scare free, bloodless, sloppily written and just downright bad…my opinion, don’t bother, just wait for The Conjuring 2 instead. 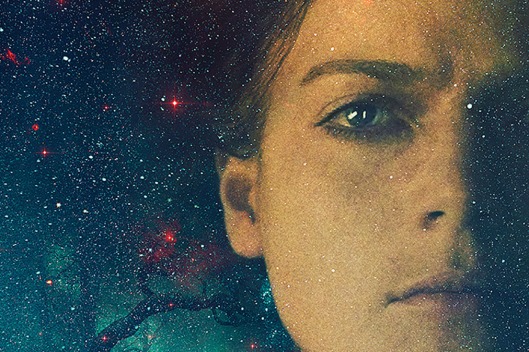 I know some people really loved this vehicle for Rose Leslie (Ygritte from GoT) about a couple who take their honeymoon in a cabin by the lake, and to those people I ask, why?

This has got to be one of the least interesting, worse thought out, uninspired horror films I’ve seen this year, and I’m really trying to be nice about this. Nothing really happens, well, until Leslie stabs herself in the crotch and has her hubby pull a big wormy thing out of her mucusy vajayjay…trust me, it’s much less interesting than it sounds and boring as fuck to boot.

Full disclosure…I had to fast forward or I would have slipped into a coma, true story.

Unless you’re yearning for something banal and pointless, I’d skip this one altogether.

Ok, allow me to be brief with this one, cause I have nothing good to say.

And I dunno who Paz de la Huerta is, but I think she may need to see a specialist for her obvious narcolepsy as she was sleeping through this entire movie. Yeah, I’m about to be not nice…This girl does not have much by way of acting talent, at least none that she showcases here, and every line she delivers (most of which are meant to be sexy I guess) comes out sounding like she’s got a mouth full of Novocaine. The only thing I can possibly imagine explains her mistaken casting as the lead is the fact that she was willing to be nude, pretty much all the time, and her body is outstanding…like I said, was probably meant to be a porn and someone got confused.

Nurse 3D is unfunny, not scary and inexplicably in 3D (probably to distract from the shitty script) and is inarguably one of the very, very worst horrors of the year. I don’t recommend it on any level…although, given Ms. de la Huerta’s…uh…talents?!?!, maybe watching it on mute would help.

So there you have it horror fans, some of my best and least loved horrors of 2014. It wasn’t all that terrible a year for horror, but wow did it produce some really unforgivable stinkers (I’m looking at you Leprechaun!)

Here’s hoping 2015 will be a stellar year for horror and that all you fabulous people arrive safely to the New Year.

Love and Sloppy Wet Ones